Business Transformations through a structured integration and alignment of Strategy with Operations.
Font size: + –
Subscribe to this blog post Unsubscribe
Print

The dirty little capability secret: The Yes ..., but.. dialog 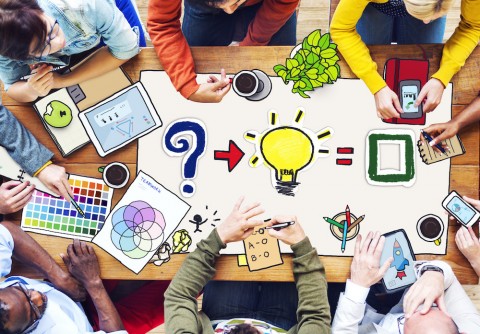 Something interesting happened when I shared the capability secret with colleagues, professionals, and researchers. A “yes…, but …” dialog appeared.

This kind of dialog and reactions, can important for you to be aware of when something new and simple is introduced and discussed. Especially if you use ideas and methods provided by others, such as experts and consultants.

The series is for you that use capability models, and not for method or framework builders.

Early, in the description of the secret, the listener nodded and said “Yes” (I understand), and then continued with “,but / however / ‘pero’ / although capability is …”.  Ok, I need to add more explanations to this new topic, so I did. But the “Yes …, but… “ came again and shifted the discussion to a new aspect of capability.

No? Oki, what about using common sense and knowledge from other areas?!

No? Lets go deep (for the researchers) and reference a known theory?!

No? What about examples from the listeners own life and work?!

Then this curious thing happened. The listener started to go back to the Yes’es. Not with new arguments, just revisiting them as if the Yes’es where never said.

What happened? Where the examples poorly explained? Maybe, but examples such as “can a company produce results they do not want, desire or intend?” should be simple enough for professionals in this area to understand and accept.

These discussions were very enlightening since they gave clues to the meanings that are overloaded on-top of the simple idea of capability, and in many ways obfuscate the general sense and nature of Capability.

What could be the causes to such defensive arguments?

This leads to another explanation where the listener is accustomed to a structured capability framework, approach, method or theory. Such approaches are often comprehensive and gives the impression of containing new knowledge and ways of working. Maybe it has taken time to learn this larger body of knowledge? It is well-know that re-learning takes considerable effort. Even simplifications could take some time to get used to.

The confirmation bias is always a factor in discussions and debates. This bias is a tendency to search for or interpret information in a way that confirms one's preconceptions, mental models. Maybe what was said was thought of as different and therefore not relevant?

The sunk cost bias is another and frequently bigger cause. Here people and companies follow through on an activity that is not meeting their expectations because of the time / money / effort / reputation / political capital / etc. they have already spent on it. There are quite few sunk cost sources: personal, political and commercial. Maybe it takes to much effort to understand, relearn and refocus, even if the application of an approach may lead to biased decisions? If a person or company has invested effort and reputation in a framework then it usually takes a lot to change. The competitiveness among framework builder is fierce, leading to arguments such as: “Trust me, I know what I’m doing! The others don’t understand!”.

In a few cases the dialog ended in: “I can do whatever I want and call it whatever I want!”. It is an interested ending that empathise the power of a researcher, designer or framework builder to call whatever that want as “Capability”. However, “capability” carries a centuries old general and common sense, and capability approaches need to coexist for other existing concepts, approaches, and theories. There are many questions that are avoided by such comment; What about existing concepts and approaches, cant they be used anymore?, Is this thing called “capability” better that all the other?

It has been an interesting journey into the simplicity of capability. How could something so simple become so complicated?

The next step is to present a neutral way to evaluate capability methods, theories, approaches, or frameworks. This quality model works for you that use them. Of course, it can also be used by builders and sellers of approaches.

Anders is a Strategic Interweaver and Architect with international experiences on all levels, United Nation, EU, global, regional and national (standardisation) organisations, as well as national state agencies.

The wonderfully convoluted worlds of Capabilities, Processes and Services

Untangling Capability, Process, and Service (1) - How to?

Untangling Capability, Process, and Service (2) - How to?

Untangling: Is there more than a Capability to think about?

Capability
This email address is being protected from spambots. You need JavaScript enabled to view it.